Fragments: food and life as more than the sum of their parts 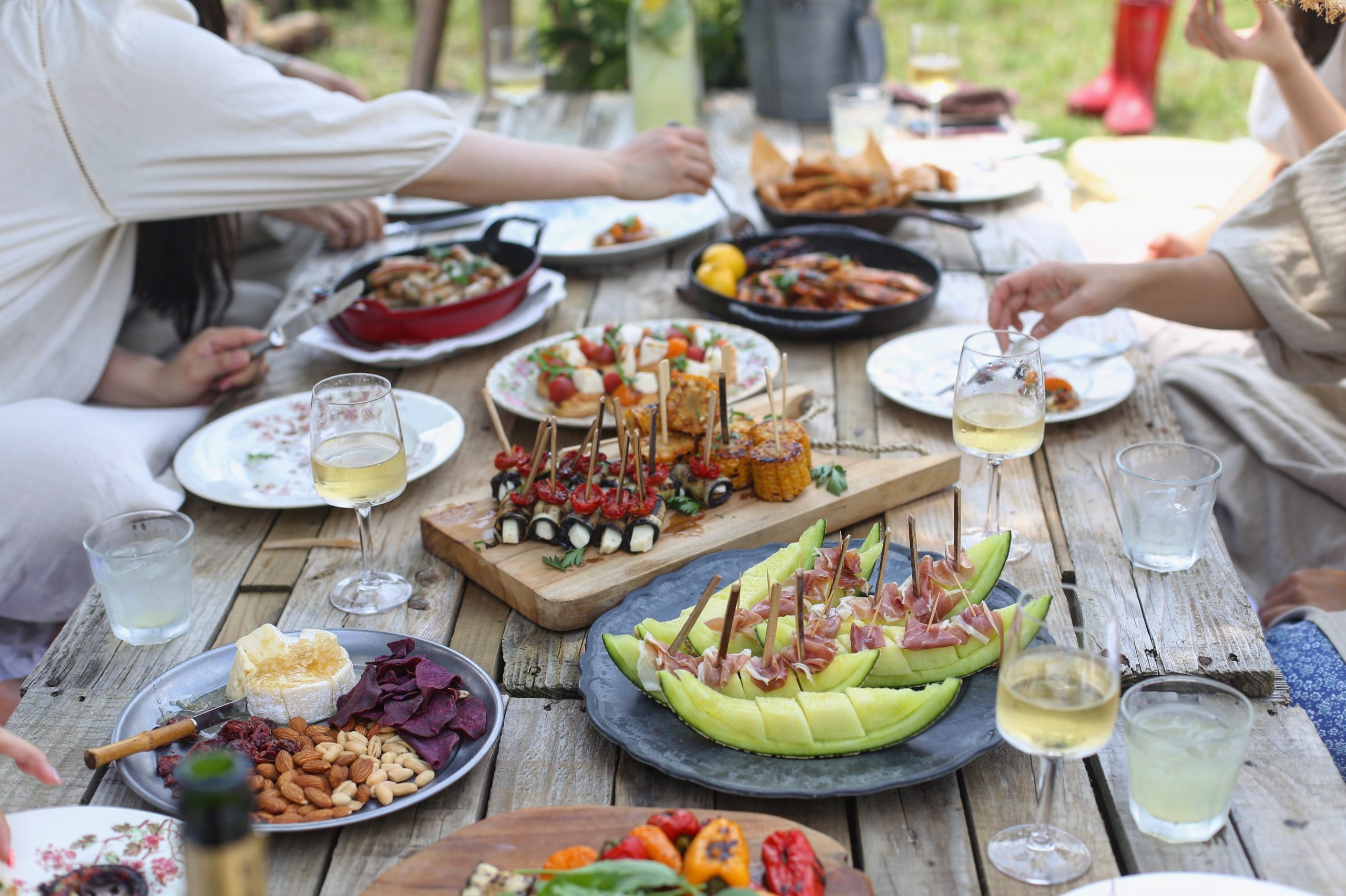 I grin, because it is true, and then return my mopping of mash and gravy, using the remains of my lamb chop like a tool. I idly wonder whether this is what being a caveman was like. I decide it probably was, but without the risk of having my head bashed in over a suggestive cave painting.

‘Go and get some more if you’re still hungry’

What my mother, in her attempts to reason some manners into my younger self, failed to understand was that this ritual—mop then gnaw, mop then gnaw, etc.— wasn’t a plea for more sustenance, but a performance that specifically said, ‘I am sated, full, content’. From my earliest years I have delighted in leftovers; in the fragments that remain on a plate after a meal. They are, to my mind, a great sign of civilisation—their presence serving as a reminder that to dine is more than just a hurried, necessary intake of calories, but rather a ritual in and of itself. The remnants of what was once a whole meal remaining on the plate are to be picked at and each gnawable bone or lukewarm quarter portion is a permission to extend the joys that occur around food and drink.

Doubtless this comes from a position of privilege. Not every meal can be luxuriated over, not every plate can be left happily unclean, but it is my hearty wish that this were so. Yet every culture enshrines feast as well as fast, and the idea of elongating a meal beyond its purely nutritional formalities has a resonance from Toxteth to Timbuktu. That said, it is no coincidence that we in the West, with our minds on our wallets and watches rather than our hearts and stomachs, have inflicted the concept of fast food on the world, for which I am profoundly sorry. The remains of a burger or a lunch al desko are re-entombed in their cardboard container and hurled unceremoniously in a bin. Woe to us who treat our fragments so! No, to me the fragments of food we leave on our plates are there to elongate the joy of supping, long after knife and fork have been put down together.

‘Another one? I’m buying’

It is a cool evening on the frontier between autumn and winter. Like every other person young enough to be well-wooed by folly, I pretend not to notice the cold and stand clasping my pint glass in the leaf-strewn alleyway. There are two of us, students, who are soon joined by the benevolent figure, our college groundsman, whose welcome offer opened this scene. He is clutching fresh ciders and dangling from his fingers, two crudely contrived bags—in fact, cling film sealed by a plastic kitchen tie—full of pork scratchings. Both bounties are passed round until they are reduced only to their fragments; dregs of flattened cider and a fine, salty dust, which needs must be poured from the clingfilm onto icy palms. Both might easily have been left, and yet both are carefully consumed.

These fragments that I love, therefore, need not be of a whole meal. There was as much joy in the dust of a bag of pork scratchings and the last dregs of cider as there was in the remains of the lamb chop or in the nearly finished carcass of a lobster—fragments, then, are signs of generosity, of abundance of spirit even when abundance of food itself is lacking. In such cases their consumption becomes a sign of appreciation, of thankfulness, and of care.

‘Don’t look behind you’

My friend cracks the matzo cracker into imperfect shards and then heaps one with chopped liver.

‘I’m going to tell you about the couple who’ve just come in.’

He begins, in between further swipes at the liver, to mumble his utterly outrageous narrative until I am incapable of remaining conspiratorial and splutter a bawdy laugh into my drink. It is champagne—which we can ill afford but buy anyway, hoping it will help the morrow take care of itself—and I estimate that the ill-timed snort has cost me at least £3.

These ‘treat lunches’—as I term them in a deceitful act of mental housekeeping—have been fixtures for my friend and me since we were at university. After a great gathering of our little grouping, as the rest of our companions nursed headaches in bed, we would attempt a different cure and try to kill our hangovers with acts of extravagant self-kindness. This incident, a trip to a good Viennese-style café with plenty of Jewish specialties (my friend is of that faith, and if a third bottle appears, we will often recite Sh’ma Yisrael—about the only Hebrew I have—to the bemusement of more genteel lunchers) in Marylebone, is as good example of the type as any.

Wine, good food, outrageous fictions about our fellow diners and the regular mopping up of fragments—from shards of matzo to fingers dipped in shallot vinegar—all these are the markers of these joyous, comforting fixtures. This messy, gossipy eating is always fragmentary, both in the nature of the ordering (a starter here, a pudding there, then another main, then, always, more drinks—the concept of service à la russe being eschewed completely) and in the nature of the food itself, as hunks of bread and crustaceous legs are co-opted into props for the familiar telling of our stories. These fragments, then, are signs of comfort, of being at ease, of friendship. There is much echoed laughter to be heard in the snap of a matzo.

It is a truism to observe that food acts as a bonding agent between strangers unlike any other, but when I looked across the plate of discarded pizza crusts at the face—smiling, and yet belying more trials than I could even imagine—I know it to be really true.

I had received a message out of the blue from a priest, good and dedicated and holy (for which I had, in the past and to my regret, gently teased him), whom I had trained with. A parishioner of his had a final asylum interview at the Home Office’s hulking glass redoubt which lies round the corner from the church at which I serve. The interview was at an ungodly hour, making travel from his home impossible; would I put him up for the night? I assented and then flew into a panic about what it is other people eat. I settled on pizza, a foodstuff so ubiquitous would surely not offend, and bought extra cheese with which to deck it, incapable, even in this, of resisting a superfluous luxury.

He arrived, having spent hours on one of those coaches dreamed of by Beeching, that stops everywhere and nowhere all at once. I showed him to his room and then asked whether he was hungry—a futile question really, as his eyes acted as mirrors to his stomach if not his soul. So we sat and tore at this uninspiring disc of dough together, and he told me of his journeys, his family, and his faith, which moved both mountains and me, deeply. His delight in his baptism, and his profound love for that other bread that we shared, shamed my louche cynicism. Yet he still asked for my prayers, as we sat over those discarded pizza crusts; these I offered, with my eyes now, undoubtedly, clouded mirrors to my soul, then wished him a good night and good luck. Fragments of food are the archaeology of solidarity, the physical evidence of sustenance shared, and what, for a Christian, could be more precious, more essential, than that?

‘Gather up the fragments that remain, that nothing be lost’

In lockdown I have got used to fragmentary meals once more, and now sit with remnants reheated from yesterday’s meal and the dregs of a brandy which I am forced, by loneliness, to nurse rather than neck. It has reduced me to living a life of fragments, memories stirred by the gnawable bone that lays here on my plate.

I was always struck by the care Christ instructs the disciples to take with the fragments at the feeding of the 5000. Care is taken, because each fragment can and did and does sustain. That the fleeting fragments of joy and pain that have sustained me through lockdown, which sustain us all—indeed which are the shards and dust and bones of a human life—might also be so treated, ‘that nothing be lost’, is the central hope offered by Christ to us as individuals. That the individual human existence is made up of fragments, of memories, and of moments is clear, yet the miracle in the feeding of the 5000 is not only that these fragments are gathered up and cherished. We are not, after all, just receptacles for anecdotes to be rehashed at a memorial service (or God forbid, a ‘Celebration of Life’) before being cleanly disposed of. Instead, as the young man who smiled at me over the fragments of pizza knew, we are beloved creatures whose nature, though so manifestly fragmented, so broken, is taken up into the person of God himself. The disciples fill twelve baskets with these fragments, over and above what was there before. In Christ, we are more than the sum of our parts, more than any number of fragmentary episodes.

It is my hope that I will laugh and cry over lamb chops and pork scratchings, matzo crackers and cheap pizza again. I want to lie about the cold outside grotty pubs and bray in fancy restaurants and be joyous and thankful and drunk. But it is my faith that all those moments, fragments which make up the broken whole, might be gathered up and made something much, much more. 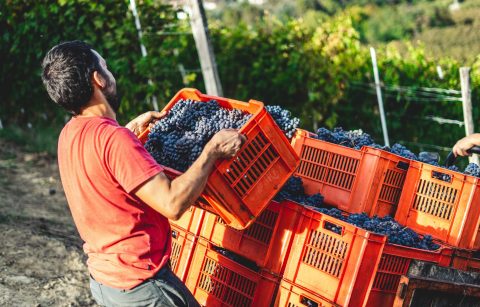 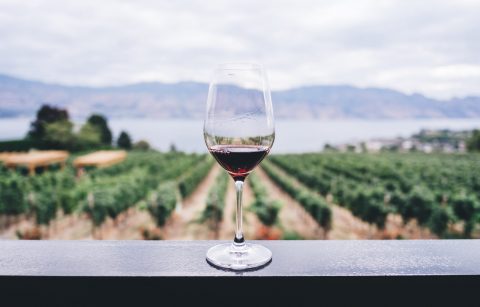 The Rev'd. Fergus Butler-Gallie is Assistant Curate at Liverpool Parish Church and the author of A Field Guide to the English Clergy, a Best Book of the Year for The Times, Mail on Sunday and BBC History.